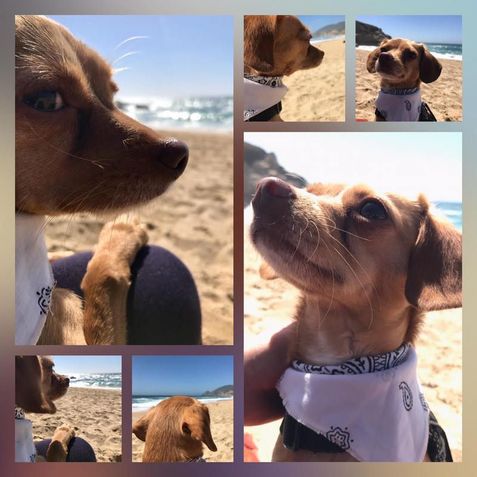 Vinny Vinyasa is a registered emotional support dog and natural yogi. As a puppy, he was bounced around from various shelters until Leila discovered him through an online adoption agency. Though Vinny had been visited by many would-be parents, he was mysteriously passed aside. Vinny awaited his idyllic family and the chance to live his dharma serving others in yogic communities. For Leila and Vinny, it was love at first sight. Vinny immediately understood and assumed his role in the yogic world and attended six yoga classes within his first three days of arrival—all from the space of his own mat.

Recognizing Vinny’s natural gift and presence in the yoga world, Leila registered him as an emotional support dog to allow Vinny access to all of her classes and events. His acute awareness and devotion to his role with ANANTA has touched countless students’ lives with his special connection. Vinny continues to evolve and expand his teaching repertoire. He now assists Leila directly in her teaching, by offering comfort and support to students on and off their mats, while entertaining them with his own yoga demonstrations.

Vinny continues to win hearts one mat at a time…adding to the ANANTA experience. 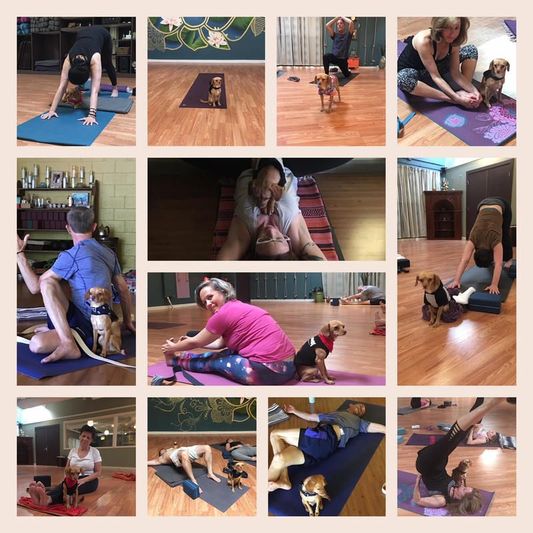